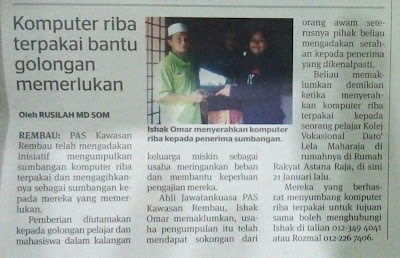 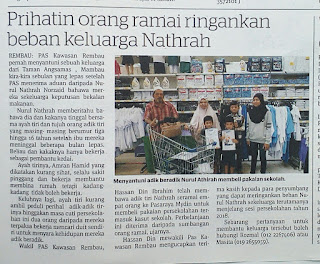 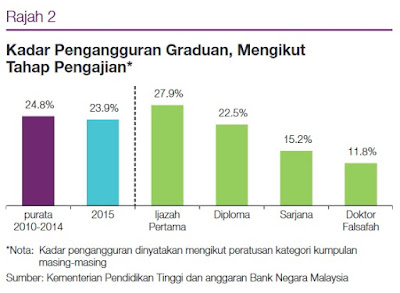 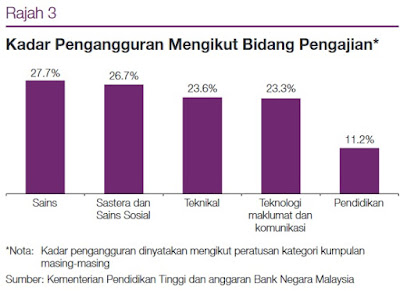 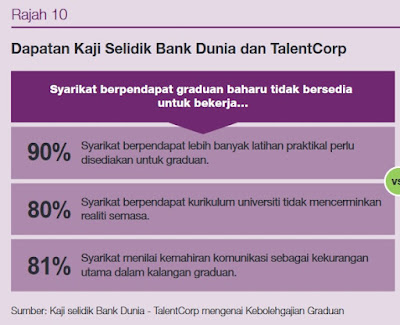 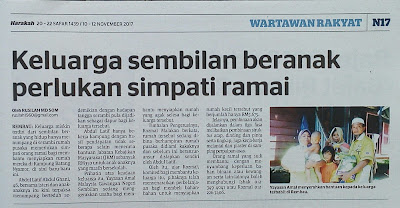 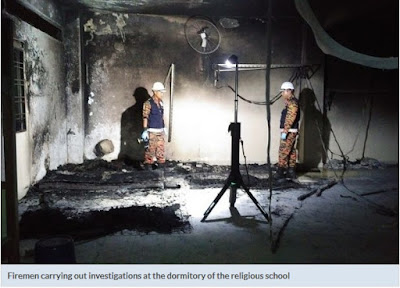 SHAH ALAM: A toilet break by a student saved the others from injuries after a fire destroyed their dormitory at the Ihya Ul-Quran Tahfiz Academy at Kampung Bukit Lanchung here.

There was no casualty in the 8pm incident on Sunday (Oct 22) as 13 of the 17 live-in students were on the ground floor while four others were attending other activities.

One of the students said they were attending a recital class on the ground floor when the fire broke out in the dormitory located on the first floor of the school.

"One of us had gone to the toilet while we were reciting the Quran and he smelt something burning. He saw bright lights coming from the first floor.

"He quickly alerted everyone in the class and several of us went to check and found out that our dormitory was on fire.

"Our teacher told us to go outside before he alerted the firemen," student Muhammad Farhan Muzabfar, 14, said at the scene.

The fire could have started due to an incident hours earlier when a pillow caught fire from mosquito coils.

In that incident, the academy’s warden, Mohd Khairul Ni'mat Doll Kawaid, said he was alerted by his students of the fire and they managed to put it out by spraying water on the pillow.

"However, it was possible that embers from the fire could have landed in other areas of the hall undetected and which later re-ignited," he said.

Mohd Khairul Ni'mat said the school, which has 20 male students aged between nine and 17, was among the tahfiz schools which were inspected by the Fire and Rescue Department nationwide following the Darul Quran Ittifaqiyah tahfiz fire that left 23 dead in Kuala Lumpur in September.

"We installed fire extinguishers and also recently renovated the two-storey premises with an emergency staircase as was recommended," he said.

He said they managed to control the blaze from spreading to nearby village houses.

The cause of the fire is still being investigated. 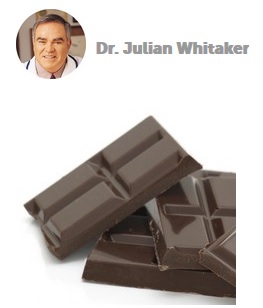 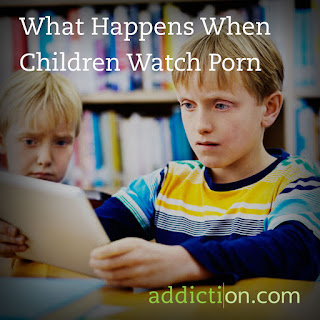 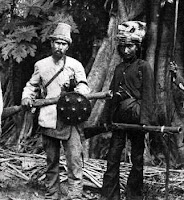